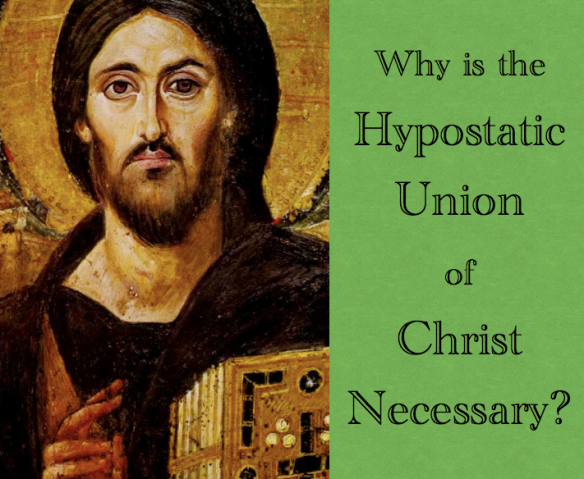 While there are numerous instances in Scripture where it is evident that Jesus was fully human, this author believes that there are two instances that stand out from the rest. These are His birth (Luke 2:1-7) and His death (John 19:31-35). Like the rest of humanity, He was born from a woman. And, like the rest of humanity, He died a physical death.
While Jesus was fully human He was also fully God. John 1:1 and 1:14 state this fact explicitly. Verse one states that “the Word was God” (ESV). Then, in verse fourteen, it states that, “the Word became flesh and dwelt among us.” In addition to this passage, Jesus claimed to be one with the Father (John 10:30).

These facts are referred to as the Hypostatic Union. Stated simply, if such a doctrine can be, through the birth of Jesus His human nature was forever added to His divine nature. This addition of the human nature did not mix with the divine nature, but instead, “[remained] distinct, whole, and unchanged…so that the one person, Jesus Christ, was truly God and truly man.”[1]

relationship with man. Man was fallen before God, full of sin and unworthy of being in the presence of God (Romans 3:23). God promised a redeemer to save the world from eternal separation from Him (Genesis 12:1-3). This redeemer was Jesus (Romans 5:9-11). Because Jesus was God and man, He was able to become the one and only human being to live a blameless life before God (Hebrews 7:26) and offer His life as a sacrifice for the entire world (v. 27).

This sacrifice for all could not have been accomplished in any other way. Through His becoming human, He was able to identify with humanity (Hebrews 2:9), remain without sin (4:15), and give His life as a sacrifice for all (9:12), so that all those who would believe in Him can enter into a new relationship with God that is eternal in nature (Romans 5:2).
It is important to realize that in order for the redemptive nature of Christ to be adequate, both natures must remain at one hundred percent each. To make Him more human than God would eradicate His being able to remain blameless. And to make Him more God than human would eradicate His ability to completely self-identify with those He came to save.

Although Scripture is very clear that Jesus is God (John 1:1, 14) there are objections to this view of Christ. The first is Ebionitism, which states that Christ was a man born naturally on whom the Spirit came at his baptism. A fairly simple objection to this view is to restate the verses above. These verses are clear that God became man. Therefore, Christ could not be just man, He is also God.

Another view, Sabellianism, said that Jesus was a second God next to God. A simple objection to this is John 10:30, where Jesus states, “I and the Father are one.” Jesus was one with the Father, not in addition to Him or separate from Him. A third major view was Arianism, which believed Jesus was a subordinate entity to God. While He was subordinate in duty (Matthew 26:39, 42), He was not subordinate in nature (John 17:11).
Christ in His humanity is an example to all humans for how to live our lives. Personally, this author views Christ as an example of what our relationship to our heavenly Father should be like. Jesus was very clear that we are to love God with all of our heart, with all of our soul, and with all of our mind (Matthew 22:37). Alongside of this love, Jesus is a perfect example of doing the will of God because of our love for Him, which requires putting our wishes to the side (Matthew 26:39, 42). With these two examples in mind a life which is glorifying to God is the natural (though not always easy) result.

As can be seen, the nature of Christ is not easy to grasp. But it is the beauty of His dual nature, the Hypostatic Union, and the work that He accomplished because of this union, that offers us eternal life, with Him, if we believe in Him.